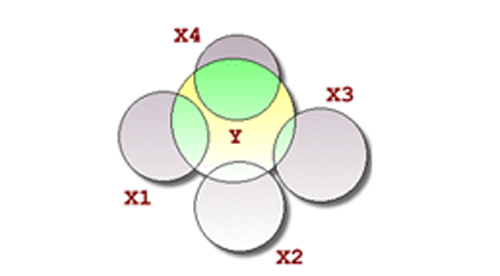 Multicollinearity might be a handful to pronounce but it’s a topic you should be aware of in the machine learning field. I am familiar with it because of my statistics background but I’ve seen a lot of professionals unaware that multicollinearity exists.

This is especially prevalent in those machine learning folks who come from a non-mathematical background. And while yes, multicollinearity might not be the most crucial topic to grasp in your journey, it’s still important enough to learn. Especially if you’re sitting for data scientist interviews!

When two or more independent variables are highly correlated with one another in a regression model multicollinearity occurs.

Let me take an example from our everyday life to make this simple. John loves to play music while driving. The more he plays music more he drives and more excited he gets. Now if we could quantify his excitement and measure John’s excitement while he’s busy doing his favorite activity. Which do you think would have a greater impact on his excitement? Driving or playing music?

In the case of John, playing music and driving are highly correlated. Also we cannot individually determine the impact of the individual activities on his excitement. This is the multicollinearity problem!

What kind of problem we have to solve

Lets say you have two independent features -> Age and experience and you have to predict the salary based on those two values.

here, B0 = intercept, B1 and B2 are coefficients / slopes

Now, if you see, there can be a possibility that the age and experience variable themselves have a high correlation value (>90%) i.e. age and experience are internally correlated with each other. This affects the output ‘salary’, the features ‘age’ and ‘experience’ will be almost same thus implying that we are providing the same information to the output feature ‘salary’ which we want to compute.

This is the problem that we have to resolve.

Looking at our current dataset, (TV, Radio and Newspaper) are the independent features and the Sales is the output feature which we have to predict

Splitting the data into independent and dependent features

In this Case, we will use the Multiple Linear Regression technique ‘Ordinary Least Squared’

Fit an Ordinary Least Squared Model with intercept on TV and Radio. We will again be using the statsmodel library for this as it has the function OLS for creating the model. Inside the OLS method we have to give endog(output feature) and exog values(input features) as parameters.

According to the summary,

Through this table, we can see the correlation values among the various independent features:

Notes:
[1] Standard Errors assume that the covariance matrix of the errors is correctly specified.

In this scenario, According to the summary,

=> for Age => the P-value is >0.05 => Age and YearsOfExperience may have some kind of correlation

Here we can see the std errors of both YearsOfExperience and Age are very very high, thus indicating that there is a huge Multicollinearity among them.

With the help of this Correlation Table / Matrix we can imply that age and yearsofexperience have 98% correlation (very highly correlated). This implies that taking one of these features will be more than enough to predict the salary.
Now the Question is which of the input features (YearsOfExperience and Age) to keep and which one to drop for the final prediction of salary

Remedy for this Multicollinearity problem:

Thank you for reading. Please let me know if you have any feedback. and download this python notebook here

How to install phonenumbers in pip/conda

How to create virtual environments for python with Conda