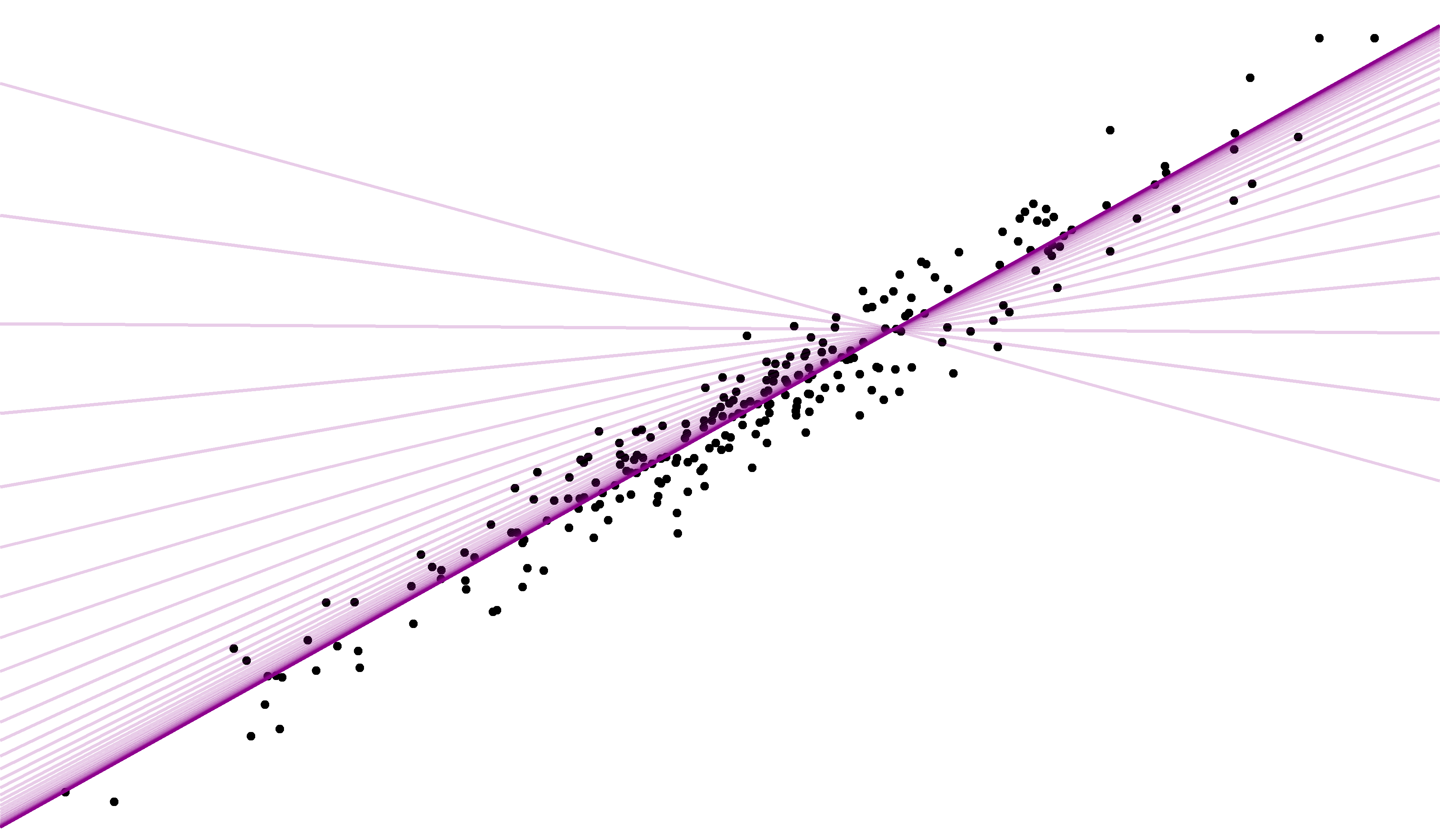 Gradient Descent is one of the most used machine learning algorithms in the industry. And yet it confounds a lot of newcomers.

What is a Cost Function?

It is a function that measures the performance of a model for any given data. Cost Function quantifies the error between predicted values and expected values and presents it in the form of a single real number.

After making a hypothesis with initial parameters, we calculate the Cost function. And with a goal to reduce the cost function, we modify the parameters by using the Gradient descent algorithm over the given data. Here’s the mathematical representation for it:

What is Gradient Descent?

Let’s say you are playing a game where the players are at the top of a mountain, and they are asked to reach the lowest point of the mountain. Additionally, they are blindfolded. So, what approach do you think would make you reach the lake?

Take a moment to think about this before you read on.

The best way is to observe the ground and find where the land descends. From that position, take a step in the descending direction and iterate this process until we reach the lowest point.

Gradient descent is an iterative optimization algorithm for finding the local minimum of a function.

Gradient descent was originally proposed by CAUCHY in 1847. It is also known as steepest descent.

The goal of the gradient descent algorithm is to minimize the given function (say cost function). To achieve this goal, it performs two steps iteratively:

Alpha is called Learning rate – a tuning parameter in the optimization process. It decides the length of the steps.

When we have a single parameter (theta), we can plot the dependent variable cost on the y-axis and theta on the x-axis. If there are two parameters, we can go with a 3-D plot, with cost on one axis and the two parameters (thetas) along the other two axes.

It can also be visualized by using Contours. This shows a 3-D plot in two dimensions with parameters along both axes and the response as a contour. The value of the response increases away from the center and has the same value along with the rings. The response is directly proportional to the distance of a point from the center (along a direction).

We have the direction we want to move in, now we must decide the size of the step we must take.

*It must be chosen carefully to end up with local minima.

Note: As the gradient decreases while moving towards the local minima, the size of the step decreases. So, the learning rate (alpha) can be constant over the optimization and need not be varied iteratively.

The cost function may consist of many minimum points. The gradient may settle on any one of the minima, which depends on the initial point (i.e initial parameters(theta)) and the learning rate. Therefore, the optimization may converge to different points with different starting points and learning rate.

Once we tune the learning parameter (alpha) and get the optimal learning rate, we start iterating until we converge to the local minima.