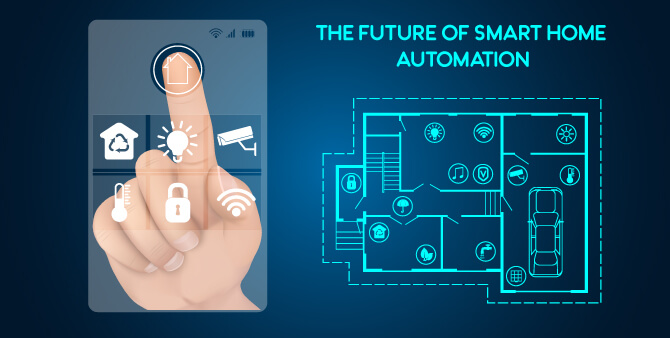 Home of the future is a space for the digital natives. With the invention of lots of automation technologies featuring IOT and AI, home automation has become a reality. One can implement several of their tasks with just a single command of verbal instructions. These technologies can used to build fully functional home automation system and control smart home devices including smart lights, connected thermostats, and appliances.

There are several new technologies which can become a part of home in the near future:

One can build several amazing projects using the concepts of home automation. There are several projects already done by developers and available on the Internet. They might help you to start the work with IoT. You can add new skills to own smart device. You can make your smart home device work according to your life works and habits. Even we can build many projects around it by discovering new areas of the internet of things and make the world a smarter place to live in.